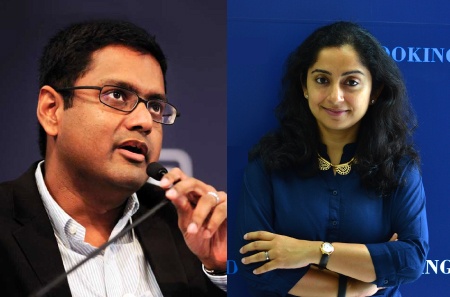 We continue our series on COVID-19 in South Asia.  We will concentrate now on two aspects of the pandemic.  Shamika Ravi (Brookings India) will give us an overview of national trends, breaking it down in relevant units, and Reuben Abraham (IDFC Institute) will focus on Mumbai/Maharashtra, India's biggest COVID hotspot.

Dr. Reuben Abraham is CEO of IDFC Foundation and IDFC Institute, a Mumbai based think/do tank focused on state capability and political economy issues. Dr Abraham’s expertise lies in understanding the underlying processes of economic development, with a focus on institutions, and the intersection of public policy and politics. Besides, he has spent the last decade working on issues related to urbanisation, perhaps the single biggest macro-trend across most major emerging markets outside Latin America. He is a non-resident scholar at the Marron Institute at New York University, and a senior fellow at the Milken Institute in Singapore. In addition, he is a Senior Advisor to Swiss Re and an Honorary Advisor to the New Zealand government at the New Zealand Asia Foundation.

Shamika Ravi Shamika Ravi is a Senior Fellow of the Governance Studies Program at the Brookings Institution Washington D.C. She was the former Director of Research at Brookings India and led the Development Economics vertical, where the focus is on financial inclusion, health, gender inequality and urbanisation. Ravi is a visiting professor of Economics at the Indian School of Business where she teaches courses in Game Theory and Microfinance. She was also a member of the Economic Advisory Council to the Prime Minister of India. She is also affiliated with the Financial Access Initiative of New York University. Ravi publishes extensively in peer-reviewed journals and writes regular opinion pieces in major newspapers. Her research work has been featured and cited by BBC, The Guardian, The Financial Times and most national and regional newspapers and magazines in India.