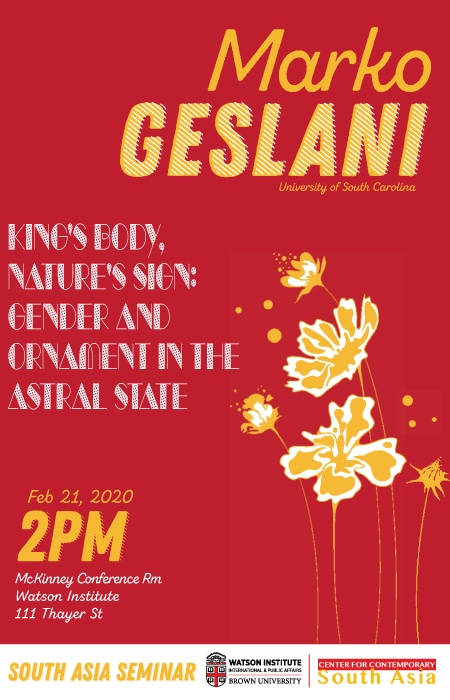 Marko Geslani (PhD, Yale 2011) is a historian of religion specializing in ritual studies and medieval Hinduism. Assistant professor of Religious Studies at the University of South Carolina. His first book, Rites of the God-King: Śānti and Ritual Change in Early Hinduism (OUP 2018), forms a historiographic critique of Hinduism through a history of omen-appeasement (śānti) rituals, from late Vedic ritual manuals to medieval Hindu purāṇas. His current research explores the role of the astrological tradition (jyotiḥśāstra) on the problems of personhood and state formation in early Hinduism. He is also researching the recent history of Hindu studies in the North American Academy from the perspective of Asian American studies.

Professor Geslani teaches a range of courses in Hinduism and Buddhism, method and theory, Orientalism, and the critical history of religious studies.