ONLINE: Gopalkrishna Gandhi — Gandhi: His life in his words beyond 'The Story' 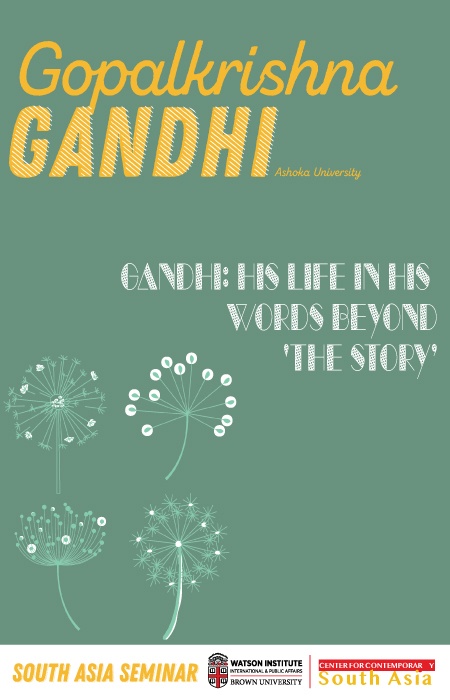 This conversation between Gopalkrishna Gandhi and Ashutosh Varshney is the first in a special series curated by the Center for Contemporary South Asia to mark the 150th birth anniversary of Mahatma Gandhi, the "father" of independent India, which takes place in 2019-2020. Mahatma Gandhi led a non-violent freedom movement for nearly three decades, and popularized worldwide the idea of civil disobedience, best described as peaceful resistance to, and struggle against, unjust laws and unjust governments. Gopalkrishna Gandhi, a writer, former ambassador and governor, who also happens to be Mahatma Gandhi's grandson, is in residence as a fellow at CCSA covering some rare archival materials not yet seen by scholars and working on a new biography of Gandhi.