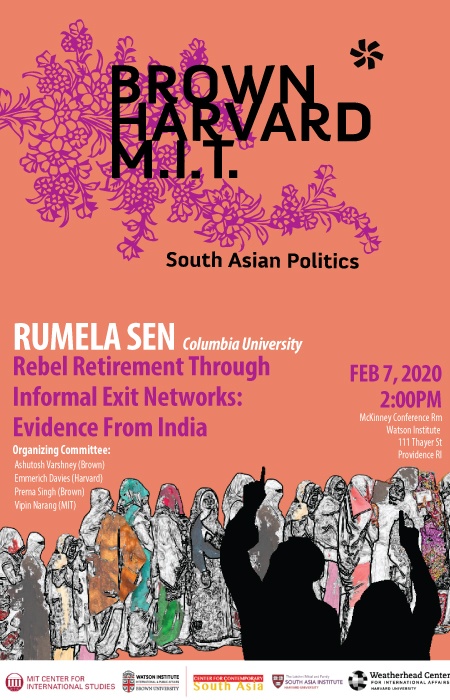 Abstract: How do rebels quit armed groups and return to the same political processes that they had once sought to overthrow? More broadly, how does illegitimate/insurgent mobilization and legitimate/democratic politics interact in course of a civil conflict, and how do the locally embedded dynamics of this interaction affect retirement processes and outcomes? This paper examines these questions in the context of the ongoing Maoist insurgency in India. While retirement of Maoist rebels is exceptionally high in the South of India, it is very low in the North. I argue that the high retirement in the South is due to the emergence of ‘harmonic’ exit networks that weave together multiple stakeholders in an amalgam of roles and alliances to build momentum for exit and manage myriad uncertainties of reintegration. In contrast, retirement from the same insurgent group is very low in the North of India due to the development of ‘discordant’ exit networks that exacerbate mistrust and fear among key players, deterring retirement significantly. The findings have significant policy impact; particularly in highlighting the rebel’s perspective and the role of civilians, and in illustrating why leaving armed groups is a multi-stage protracted, locally embedded process and not an outcome to be triggered by financial incentives.