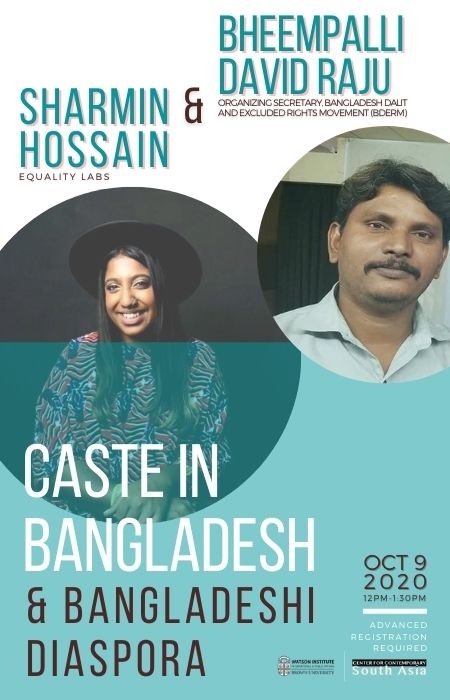 Bheempalli David Raju is the Organizing Secretary of the Bangladeshi Dalit and Excluded Rights Movement (BDERM). The Bangladesh Dalit and Excluded Rights Movement (BDERM) was established as a national platform for Dalits in the beginning of 2008. It faces a number of challenges in asserting Dalit rights, including such key issues as various forms of discrimination against Dalit women. BDERM organized the first ever Dalit Human Rights Conference in Bangladesh in Dhaka in January. Approximately 300 Dalit representatives from 47 districts attended the event, and a wide range oftopics related to Dalit rights were presented and discussed.