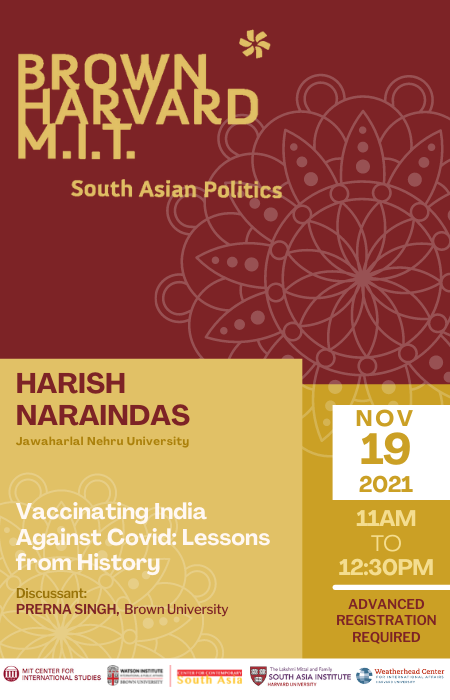 Harish Naraindas is professor of sociology at Jawaharlal Nehru University, and honorary professor at the Alfred Deakin Institute, Faculty of Arts and Education, Deakin University. He was adjunct faculty at the University of Iowa (2004-19); joint-appointments professor of the Cluster of Excellence, University of Heidelberg (2008-12); visiting professor at the department of sociology, University of Freiburg (2009); and DAAD visiting professor at the department of anthropology, University of Heidelberg (2017). He works on the history and sociology of science and medicine and has published on a range of topics, including an epistemological history of tropical medicine, a comparative history of smallpox from the 18th to the 20th century, on the creolisation of contemporary Ayurveda, on spa medicine in Germany, on pregnancy and childbirth within the context of competing medical epistemes, and recently on how anthropology attempts to explain the non-human. He is currently working on AyurGenomics and P4 medicine; past-life aetiologies and therapeutic trance in German psychosomatic medicine; a multi-sited study of perinatal loss and bereavement in the Anglophone world; and on the pedagogy and practice of obstetrics in India. Among his recent publications are a co-edited special issue of Anthropology and Medicine called ‘The fragile medical: the slippery terrain between medicine, anthropology and societies’ (2017), and two co-edited books: Healing holidays: itinerant patients, therapeutic locales and the quest for health (London: Routledge, 2015), and Asymmetrical conversations: contestations, circumventions and the blurring of therapeutic boundaries (New York: Berghahn, 2014).