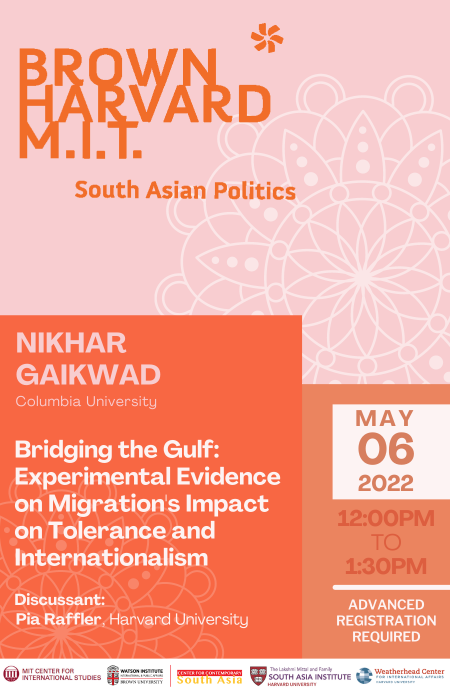 Nikhar Gaikwad is an Assistant Professor in the Department of Political Science and a member of the Committee on Global Thought at Columbia University. He specializes in international and comparative political economy, with a focus on the politics of economic policymaking, business-state relations, and identity. Substantively, he works on trade, migration, and environmental policymaking. He has a regional specialization in India, which he studies in comparative perspective with other democratic emerging economies.

Gaikwad’s research focuses on two types of competition that recur in the political arena: economic contestation and identity conflict. A main line of inquiry studies how cultural divisions interact with economic rivalries when actors contest distributive policies. A second stream of work investigates how conflicts of interest between economic agents influence the policymaking process. He analyzes competing interests as a theoretical lens to study questions related to representation, policy change, and development.