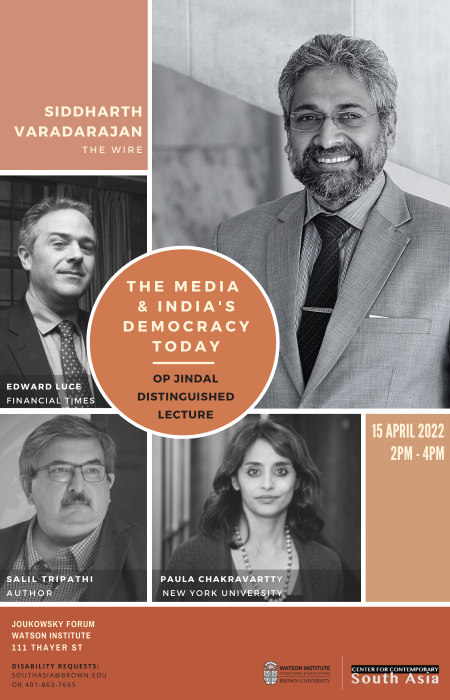 Read the text of the lecture. "The Media and India's Democracy Today".

Siddharth Varadarajan is a a Founding Editor of The Wire and senior fellow at the Centre for Public Affairs and Critical Theory, New Delhi. Previously, he was the Editor of The Hindu. An economist by training, he studied at the London School of Economics and Columbia University and taught at New York University before returning to India to work as a journalist. He has been a visiting lecturer at the journalism school at the University of California, Berkeley and a Poynter Fellow at Yale University.