“Against All Odds”, an excerpt from Ashutosh Varshney’s upcoming book, in the Indian Express 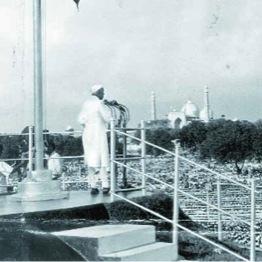 For India’s founders, three missions carried particular importance: national unity,  dignity and justice for the country’s poorest, and the end of mass poverty. These are the battles half won of Varshney’s book, in which he returns to the question of the exceptional endurance of the country’s democracy. India, Varshney quotes, “’was predicted as a dictatorship during the entire period’ 1950-90.” Rather than of the usually cited factors (society, culture, economy), sustained democracy is the result of the vision and leadership manifest in Nehru’s consolidation of democratic infrastructure. Where this leaves Indian politics sixty-six years later, and how wide the gap stands between “the ideals of democracy and actual political practices,” are indicators of “a battle for deeper democracy” that needs to be waged today.

Read the full article by following the link below.