From Almirah Radio: Patrick Heller on Building an Inclusive India 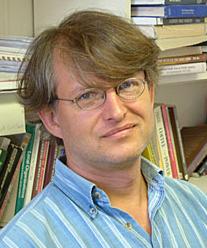 The newest podcast posted by Almirah Radio features an interview with Brown University Professor Patrick Heller.  Major topics discussed here include (1) the participation of the middle class in the democratic process, (2) the growing commercialization of land, (3) the India Against Corruption movement’s prospects as a political party, and (4) the tensions between the central government and local governments (known as panchayat councils). Listen to the episode!