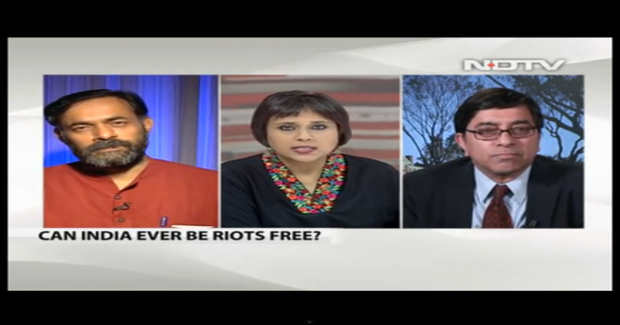 Ashutosh Varshney appeared on Barkha Dutt's NDTV program The Buck Stops Here for a special debate on the Muzaffarnagar riots. Also featured on the panel was Yogendra Yadav, a former Meera and Vikram Gandhi fellow of the Brown-India Initiative (Spring 2013).

What do the Muzaffarnagar riots teach us about ourselves? It has been widely argued by political scientists that as incomes rise, communal discontent declines. So why should it be that the politicians remain so invested in actually fomenting communal trouble? A special debate on The Buck Stops Here. Watch the video!