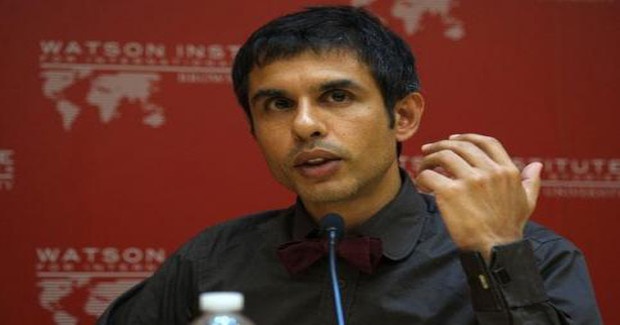 This March, British-Indian author Rana Dasgupta will be coming to Providence under the title of Distinguished Visiting Lecturer and Writer-in-Residence for the Modern Culture and Media department. Dasgupta will co-teach a course entitled “Faking Globalization: Media, Piracy and Urbanism” with Assistant Professor of MCM Joshua Neves. The course, which is on piracy in today’s globalizing paradigm of media, examines how forgery – “faking globalization” – can enable new forms of control and dominance in political societies. The course builds on Professor Neves’ research in the anthropology of media and in global / comparative media studies, and on Dasgupta’s critical examinations of urban culture and media in his writings.

Rana Dasgupta, who grew up in England and lived in France and the United States before moving to Delhi a decade ago, gave a talk in last year’s Brown-India Seminar on his now-released book Capital: A Portrait of Twenty-First Century Delhi. In this nonfiction diagnostic of his adopted city, he describes both the splendor and “clubbishness” of a city split into enclaves, colonies, and clan structures, and explains both what distinguishes it from Indian cities that do not have a history of federal politics and what narratives connect it to other emerging megacities across the Global South. Capital follows two critically acclaimed novels, one a collection of short stories recounted by passengers stuck in Tokyo’s international airport overnight and the other an epic daydream of the 21st century by a century-old Bulgarian man. As an MCM fellow and Writer-in-Residence, Dasgupta will be based out of the India Initative’s Watson Institute office.