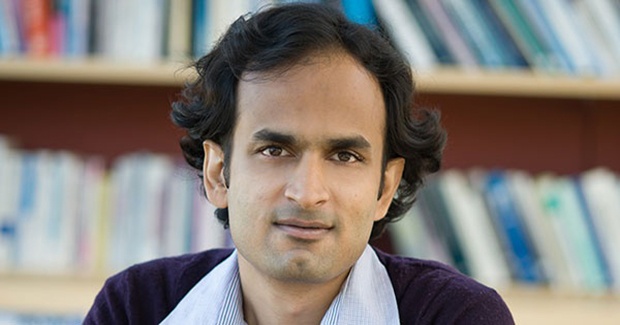 Many congratulations to Assistant Professor of anthropology Bhrigupati Singh, who received the 2015 Elder Prize for his first book. On March 21, 2015, the Publications Committee of the American Institute of Indian Studies awarded Prof. Singh the 2015 Joseph W. Elder Prize in the Indian Social Sciences for his manuscript,  Poverty and the Quest for Life: Spiritual and Material Striving in Contemporary Rural India.

Poverty and the Quest for Life: Spiritual and Material Striving in Rural India

In Poverty and the Quest for Life, Prof. Singh presents the research he conducted while living for 18 months in the rural-tribal area of Shahabad in the state of Rajasthan.

Bhrigupati Singh completed his PhD in anthropology at Johns Hopkins University and is currently an assistant professor of anthropology at Brown and afaculty fellow at the Watson Institute. He has published numerous articles on issues of religion, politics, media and popular culture, and has recently completed a book titled Poverty and the Quest for Life: Spiritual and Material Striving in Contemporary Rural India(University Of Chicago Press, March 2015), and a co-edited volume titled The Ground Between: Anthropological Engagements with Philosophy (Duke University Press, 2014). His most recent articles include "Agonistic Intimacy and Moral Aspiration in Popular Hinduism: A Study in the Political Theology of the Neighbor" in American Ethnologist, "Frugality and Excess in Gandhi, Thoreau and Nietzsche: An Essay in Geo-Philosophy" in Borderlands, and an article in Cultural Anthropology titled "The Headless Horseman of Central India: Sovereignty at Varying Thresholds of Life."