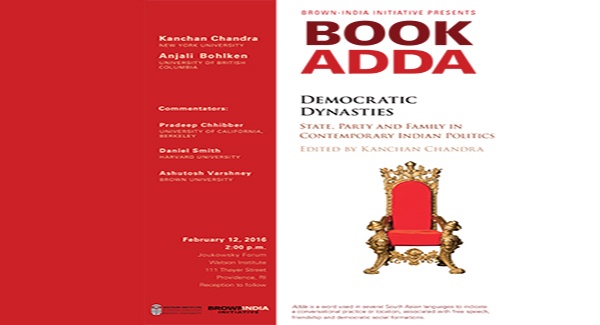 Her work has been supported by fellowships from the Princeton Program on Democracy and Development, the Guggenheim Foundation, the Carnegie Corporation, the Center for Advanced Studies in the Behavioural Sciences, the Russell Sage Foundation and research grants from the National Science Foundation, and the United States Institute of Peace.

Her previous work explores what the constructed nature of ethnic identity means for theories and data on the causes and consequences of ethnic mobilization. It proposes a new conceptual framework for thinking about ethnic identity and uses this framework to theories about the relationship between ethnicity, politics and economics.

Anjali Thomas Bohlken (Ph.D. New York University, 2010) specializes in comparative politics and political economy with an emphasis on India. Her research focuses on parties, institutions, elections and democratic governance in the developing world. Her ongoing book project draws on empirical material from India as well as other developing countries to explain why higher-level governments establish and strengthen grassroots democratic institutions in some cases and not others. Her other research explores the role of parties in perpetuating dynastic politics, elections as mechanisms of accountability and the effect of economic conditions on violence in India.

Pradeep Chhibber is a Professor and Indo-American Chair in Indian Studies at the Institute for South Asia Studies at the University of California, Berkeley. He studies party systems, party aggregation, and the politics of India. His research examines the relationship between social divisions and party competition and conditions that lead to the emergence of national or regional parties in a nation-state. Pradeep received an M.A. and an M.Phil. from the University of Delhi and a Ph.D. from UCLA.

Daniel M. Smith is Assistant Professor in the Department of Government at Harvard University. He earned his Ph.D. (2012) and M.A. (2009) in political science from the University of California, San Diego, and his B.A. (2005) in political science and Italian from the University of California, Los Angeles. He is an expert on Japanese politics whose research interests include political parties, candidate selection, elections, and coalition government. He has conducted research in Japan as a Ministry of Education, Culture, Sports, Science, and Technology research scholar at Chuo University, and as a Fulbright research fellow at the Institute of Social Science at the University of Tokyo. Most recently, he was a postdoctoral fellow at the Shorenstein Asia-Pacific Research Center at Stanford.