32 Days and Counting: Second Report by the SWAN on Migrant Worker Distress and the (Extended) Lockdown 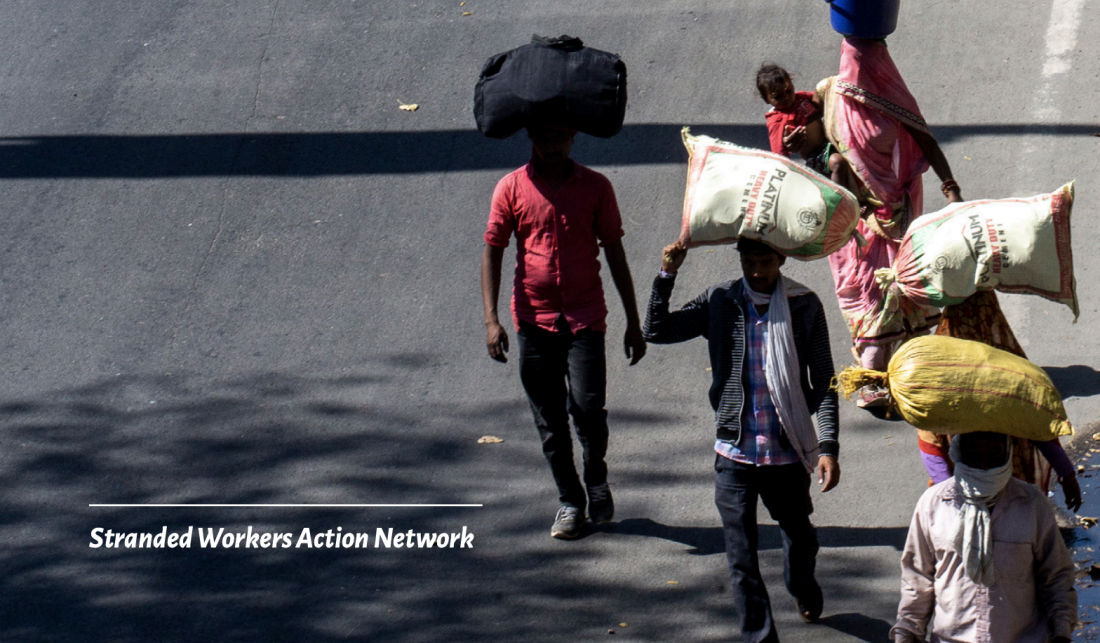 32 Days and Counting: COVID-19 Lockdown, Migrant Workers and the Inadequacy of Welfare Measures in India, A Second Report by the Stranded Workers Action Network

Right before the 40 day COVID-19 lockdown period was about to end, the Government of India (GoI) has announced yet another extension with continued restrictions on inter-state travel. As we send this out to the press on Labour Day, we are receiving frantic calls from workers desperate to return home. Without clarity on whether and how migrant workers can return home during this period, hunger, economic hardships, and mental trauma are already rising. GoI is putting out confusing messages by first granting migrants the permission to travel and two days later announcing that there will be no air and rail travel during the extended lockdown except for “select purposes”. Meanwhile, food, social security and monetary relief measures for migrant workers continue to be neglected by the GoI. With no relief measures, the permission for movement itself was being seen as the greatest relief. And now once again, migrant workers who are already on the brink of survival, are being put to yet another harsh test.

Since the lockdown, a group of around 100 volunteers formed the Stranded Workers Action Network (SWAN), and have been responding to distress calls from migrant workers across the country. In terms of relief, SWAN has been making small cash transfers to meet basic needs in addition to connecting workers to local organisations and the administration. A first report based on the work in the first phase of lockdown was released on 15th April. This second report by SWAN, released, titled 32 Days and Counting: COVID 19 Lockdown, Migrant Workers and the Inadequacy of Welfare Measures India, documents the experiences of migrant workers during the second phase of the lockdown period. This report has more detailed state specific conditions for some states and a timeline of announcements. The report is based on relief work and is NOT a survey. Within a few days of relief work, we decided to systematically document information and so the response rates to questions vary. Since March 27th, we have interacted with more than 1500 groups of stranded workers adding up to nearly 17,000 workers across the country and disbursed more than Rs 22.5 lakhs.

The lockdown decision announced on March 25th, while imminent, was unplanned and unilaterally made without any consultation with the state governments. The decision to extend the total lockdown without ramping up relief has only exacerbated the distress and anxiety among the migrant workers. While access to relief has marginally improved, largely due to civil society organisations, the distress continues. This time we also asked migrant workers two additional questions to assess their concerns once the lockdown ends and the immediate decision to stay or go home.

The main insights of the report based on worker testimonies are as follows:

This initiative has been able to document only a fraction of the distress of migrant workers and extend only a fraction of the support they need. However, we hope that this report will amplify their experiences of the lockdown, and make the urgent case for universalising rations to all, wage compensation of Rs 7,000 per stranded worker for at least 3 months, and, full autonomy to migrant workers to stay or return home after dedicated, sanitised trains and buses with adequate medical teams in each train are organised, among several other immediate measures. The transportation should be free for the workers. The report includes worker testimonies, data and charts, and a detailed view from some states and cases of successful collaboration with administration and civil society in extending relief to migrants. We also offer some starting points for a deeper discussion on longer term measures for restoring the rights and dignity of workers, not just in the context of unprecedented emergencies like the COVID-19 pandemic.