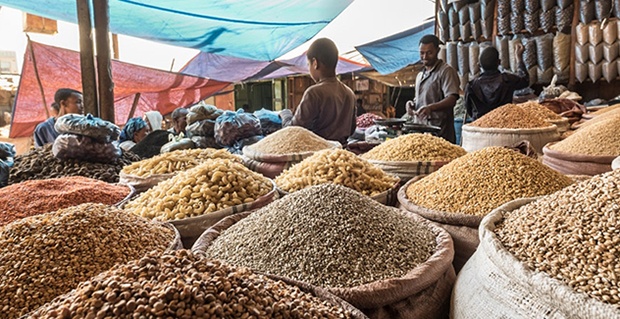 Sociology graduate student, Anindita Adhikari was one of the authors of "The political prioritization of welfare in India: Comparing the public distribution system in Chhattisgarh and Jharkhand," a paper published in World Development's April 2020 issue.  The authors stated, "We hope that the analysis will be useful beyond the particular case of these states or even the PDS system in India. We seek to advance the understanding of the many guises of the welfare state."  The article abstract is below and it can be read for free online until February 26, 2020.

Abstract: The idea of state responsibility for ensuring food security has gained ground, with strong popular mobilizations for the Right to Food around the world; but important variations prevail, both in the articulation of demands around food security interventions and in political responses to these. This paper takes a close look at India’s Public Distribution System (PDS), a program with a long history and clear national-level, legislative backing, but considerable differences in prioritization at the subnational level. We focus on the unique paired comparison of Chhattisgarh and Jharkhand, both amongst the poorest regions in India and the world which share the same moment of state creation in 2000 and ask why the opportunities afforded by statehood allowed Chhattisgarh to politically prioritize the PDS, but not Jharkhand. The paper finds that the explanation lies in the interrelated dimensions of political-electoral competition, the nature of pressures exerted by influential societal groups, and the developmental orientation of the political leadership and its enablement of bureaucratic capacity. This paper contributes to the emerging literature on the political conditions that allow the deployment of state capacity for the promotion of welfare in emerging welfare states. In doing so, the paper also seeks to advance the repertoire of conceptual tools available for understanding the expansion of social policy in varied institutional contexts across the Global South.