To Leave or Not to Leave: Lockdown, Migrant Workers, and Their Journeys Home: Third Report by Stranded Workers Action Network (SWAN) 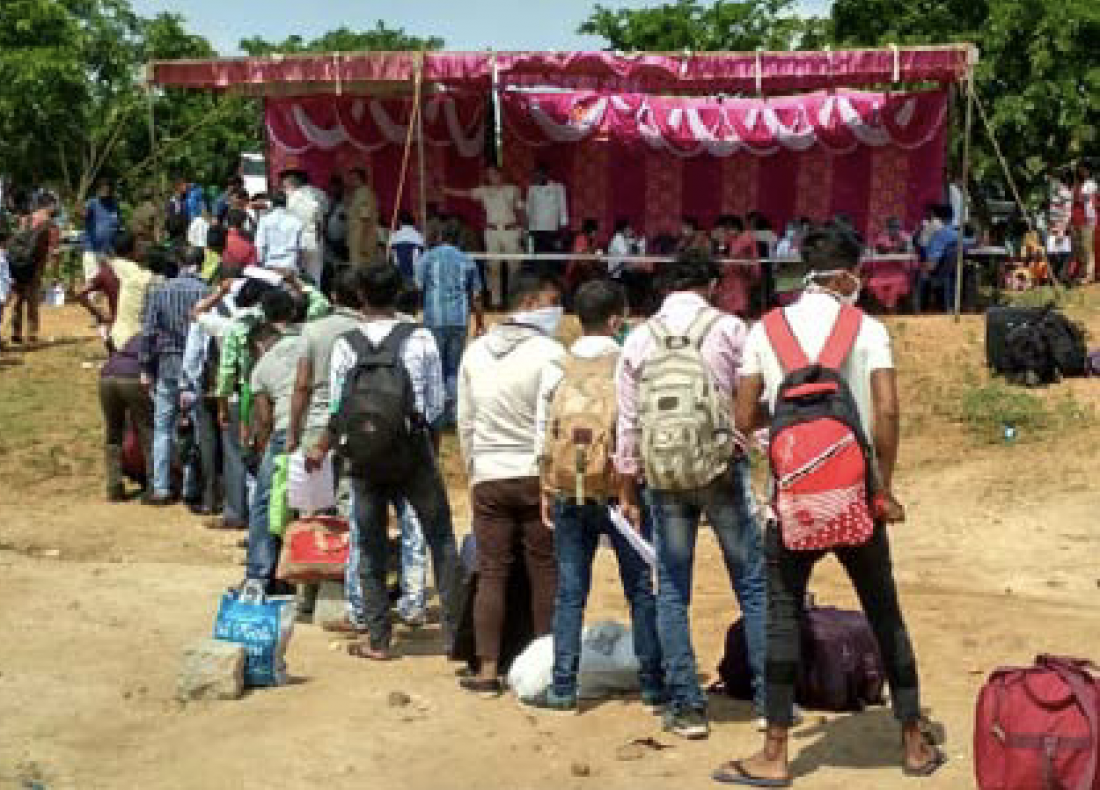 To Leave or Not to Leave: Lockdown, Migrant Workers, and Their Journeys Home: Third Report by Stranded Workers Action Network (SWAN)

The fourth phase of the lockdown has come to a close as the Ministry of Home Affairs (MHA) issued guidelines on May 30th for a phased reopening. On the one hand, the number of COVID-19 cases have been consistently rising and on the other hand, the millions of people have been pushed to their edge of existence due to the unilateral lockdown. The 68 days of lockdown have resulted in an unprecedented humanitarian crisis. In the first half of the lockdown, migrant workers were coerced to be stranded with no food and money. In the second half the workers’ woes got compounded with a series of chaotic travel orders and gross mismanagement of the repatriation process. While a part of the government’s response is possibly due to the lack of priorities towards the unorganised workforce, a part is also the result of inefficiencies resulting from unilateral decision making. Consequently, the government has created an archive of distress and a museum of misery.


Notwithstanding the evident indifference of the central government towards migrant workers, the response from the Supreme Court (SC) has been disappointing.  Two important petitions concerning migrant workers were dismissed in the SC during this period. Further, the SC has not reprimanded some highly objectionable remarks made by the Solicitor General, Tushar Mehta, representing the Union of India. We welcome the suo moto cognizance taken by the SC after a letter was sent by 20 senior SC advocates and we hope that the SC would respond humanely and with empathy. The responses from several High Courts, however, on matters concerning migrant workers  have been commendable.


The Stranded Workers Action Network (SWAN) has been doing relief work for migrant workers throughout the lockdown in the form of zonal helplines for rations, money for basic essentials and travel. SWAN has interacted with more than 34,000 workers and has transferred more than Rs 50 lakhs directly to the workers’ accounts by connecting individual donors to workers. SWAN is releasing its third lockdown report. Here is the link to the new report. The focus of the latest report is on issues pertaining to travel of migrant workers.


There have been at least 8 travel orders issued by the Ministry of Home Affairs (MHA) in one month. Barring one letter dated May 18th sent by Ajay Bhalla, Secretary, MHA, to all the Chief Secretaries, every order has been lacking in imagination and empathy. In fact, even the letter sent to all Chief Secretaries is not easily available in the public domain. The orders appear to be an afterthought in trying to contain this manufactured crisis instead of resolving it. The number of trains have been highly inadequate. The registration mechanisms for workers have been fraught with opacity, inconsistency, and insensitivity. In this report, we present the following: (1) Some findings based on data collected through an Interactive Voice Response (IVR) survey of calls made to 1,963 workers. (This was done in collaboration with https://gramvaani.org/) (2) Taxonomy of issues faced by workers and detailed testimonies highlighting the range of travel-related problems.

The remarkable resistance and resilience demonstrated by the migrants during this lockdown period has forced the government and the judiciary to respond. Given the array of shocks and risks that the working poor, and women in particular, are exposed to, the need for a comprehensive evaluation and implementation of social protection measures made by the erstwhile National Commission for the Enterprises in the Unorganised Sector (NCEUS) is critical. The International Covenant on Economic, Social and Cultural Rights (ICESCR), 1966, is an international human rights treaty in which India is a signatory. Anchoring on human dignity, ICESCR lays out the need for certain fundamental rights and freedoms for everybody. It is, therefore, high time that we reconfigure our society and strengthen our laws based on these principles instead of the proposed dilution of labour laws.