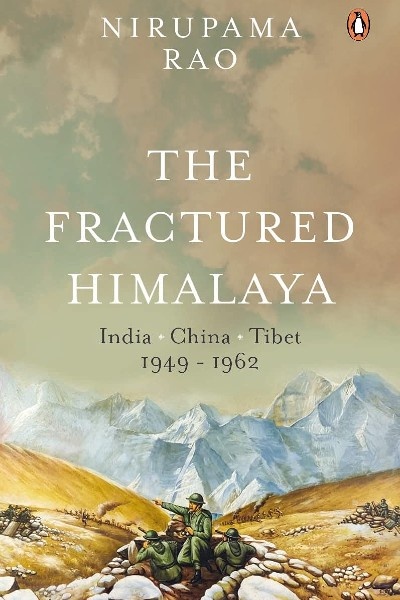 CCSA is delighted to announce that on October 25th, 2021,The Fractured Himalaya: India Tibet China 1949-62, a new book by Nirupama Menon Rao, will be published by Penguin Viking.  Rao began working on the book in 2013 as a Meera & Vikram Gandhi Fellow at CCSA.

About the book: In the India-China relationship, the past shadows the present. It shapes current policy options and approaches, and strongly influences public debate in India to this day. While the period from 1949 to 1962 is crucial as Jawaharlal Nehru sought - unsuccessfully - to establish a workable relationship with the Chinese, the pre-independence history of the British colonial government's relations with Tibet, the genesis of the McMahon Line, Communist China's military take-over and domination of Tibet, together with the unshakeable foundational belief amongst Indians that the Himalayas form the country's sacred boundary, combined to powerfully impact India's relations with China.

Nirupama Menon Rao, a former Foreign Secretary of India, un-knots this intensely complex saga. Her telling is based not only on a wide selection of published documents and archival material from India, China, Europe and America, but also on a deep personal knowledge of China where she has served as India's Ambassador. In addition, she brings a practitioner's keen eye to the labyrinth of negotiations and official interactions that took place between the two countries from 1949 to 1962.

The Fractured Himalaya is a rigorous examination of the workings of diplomacy and both its human and policy quotient; it looks at inflection points when the trajectory of the relationship could have altered, but were missed. But, most unusually, it also tells the story of the personalities involved - Jawaharlal Nehru, Mao Zedong, Zhou Enlai and the 14th Dalai Lama - and their interactions as the tournament of those years unfolded and moved step by closer step to the conflict of 1962.