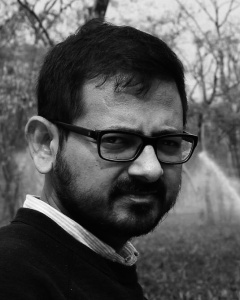 Arijit Sen is a journalist, a large part of whose work is in India’s northeast and the neighboring region. His current book project examines Assam in the context of India’s National Register of Citizens. It investigates the lives of people who stare at possible statelessness, disenfranchisement and the threat of expulsion from what has been their homeland for generations. The book will focus on families living on the shifting sandbars of the Brahmaputra and Beki rivers, their helplessness as well as their resistance to being erased, resistance that is expressed through different modes including music and poetry. In 2018, Arijit worked on the Amnesty International India report on detention centres in Assam.

With Amnesty International’s India office, Arijit has worked on communal violence in India with a specific focus on the riots in Muzaffarnagar. He worked on the team that created a tracker to document hate crimes against minorities in India. He has worked with the Rohingya in Bangladesh, and human rights defenders under threat in Manipur.

Before this, as a journalist, Arijit was based in India's northeast and is a three-time recipient of India's Ramnath Goenka Award in Journalism for his reporting from the region. His work includes a range of reports on the Naga conflict with interviews of different leaders of the militant movements; the Bodo-Muslim conflict in Assam; the conflict in Manipur; the labour rights of tea plantation workers; the floods in Assam; coal mining in Meghalaya as well as reports from the Arunachal Pradesh, Mizoram and Sikkim. His investigations on enforced disappearances and staged encounters in Manipur and a joint investigation on human trafficking in Assam received the News Television Award. Arijit has also written on the region for TIME, Al Jazeera, Oxford Analytica and the Women Under Siege Project.

Arijit earned his Masters in Human Rights Law from School of Oriental and African Studies on the Chevening Scholarship. He received the Gerda Henkel Fellowship from the Reuters Institute in Oxford University. He has collaborated with the Peace Research Institute in Oslo’s Security in South Asia Project, and was a contributor to the book ‘India's Human Security: Lost Debates, Forgotten People, Intractable Challenges’ (Routledge) in 2014. He was part of the SOAS International Human Rights Clinic working as a researcher with Child Soldiers' International in London for a report on the recruitment and use of child soldiers in Yemen.