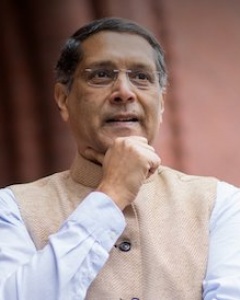 In 2018, Professor Subramanian published Of Counsel: The Challenges of the Modi-Jaitley Economy, reflecting on his time guiding India’s economy. His previous award-winning book, Eclipse: Living in the Shadow of China's Economic Dominance has been printed in four languages.