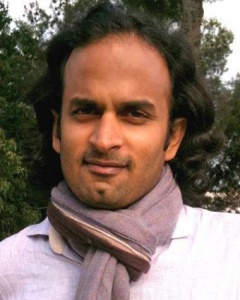 His first book, Poverty and the Quest for Life: Spiritual and Material Striving in Rural India (University of Chicago Press, Oxford University Press 2015) was awarded the Joseph Elder Prize in the Indian Social Sciences by the American Institute of Indian Studies, an Award for Excellence in the Study of Religion by the American Academy of Religion, and was a finalist for the Clifford Geertz Book Prize. He is a co-editor of The Ground Between: Anthropologists Engage Philosophy (Duke University Press, Orient Blackswan 2014), and serves as co-editor of a book series, Thinking from Elsewhere (Fordham University Press). He has published articles on issues of religion, mental health, media, and popular culture, in journals including  Cultural Anthropology, American Ethnologist, and Contributions to Indian Sociology.

At present he is working on two related book projects: a book of essays on concepts of the psyche titled Waxing and Waning Life: Essays at the Intersection of Anthropology and Psychiatry, and an anthropological monograph titled Life Unsettled, set in the “resettlement colony” of Trilokpuri in East Delhi. These projects emerge from research he has been conducting over the past five years, beginning with a year-long Visiting faculty position in 2015-16 at the Department of Psychiatry, All India Institute of Medical Sciences (AIIMS, Delhi). In 2018-19 he received a writing fellowship from the Institute for Advanced Study (Berlin) for his current work on mental health and illness.  In collaboration with psychiatrists at AIIMS, he is in the process of creating a consortium for longitudinal research on issues of mental health and urban poverty in India.