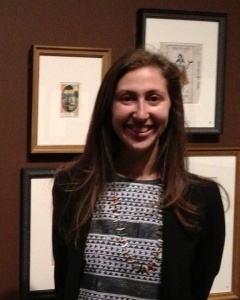 Assistant Professor of History of Art and Architecture

Holly Shaffer specializes in eighteenth and nineteenth century art and architecture in South Asia and Britain. She earned her doctorate in the History of Art from Yale University in 2015, and was a Mellon Postdoctoral Fellow in the Humanities at Dartmouth College from 2015-2017. Her current book project interprets the eclectic arts produced in the western Indian city of Pune in the eighteenth century and their dissemination in print in the nineteenth century. Other projects include studies of ephemeral arts, such as light, cuisine, architectural models, and scent in the northern Indian region of Awadh; and of nineteenth-century European representations of India that went viral.