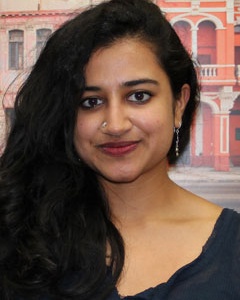 Lakshmi Padmanabhan is a PhD student in the Department of Modern Culture and Media and an MA student in the Department of History at Brown University. Her research interests include sexual violence and the formation of the nation-state, queer of color critique, south asian feminist history and media, and the intersections of performance and political protest. She has a publication entitled, “Watching Time: Slumdog Millionaire and National Ontology”The Slumdog Phenomenon: A Critical Anthology, ed. Ajay Gehlawat, London: Anthem Press, 2013.