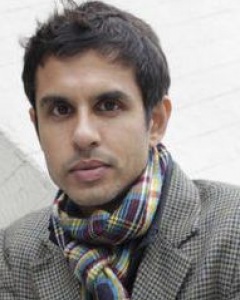 Rana Dasgupta is a British novelist and essayist.  Through his varied body of work he has consistently explored themes of globalization, migration and the twenty-first-century city.

Born in the UK in 1971, Rana studied at Balliol College, Oxford and the University of Wisconsin-Madison.

In 2000, he moved to Delhi to write.  His first novel, Tokyo Cancelled, appeared in 2005.  Solo (2009) won the Commonwealth Writers’ Prize.  In 2014 he published Capital, a non-fiction account of the stupendous changes engulfing New Delhi as a result of globalization.  Capital won the Ryszard Kapuściński Award and the Prix Emile Guimet.

Dasgupta is currently working on a book about post-national futures.  He is Distinguished Visiting Lecturer and Writer-in-Residence in the Modern Culture & Media Department.