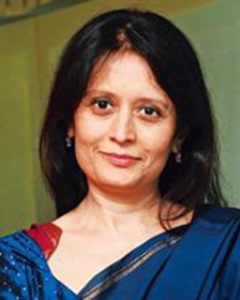 Swati Ramanathan is co-founder of Janaagraha Centre for Citizenship and Democracy – a thinker-practitioner “do-tank” – committed to transforming India’s cities and citizenship. Janaagraha takes a systems approach to addressing urban challenges, working both with citizens at the grassroots, as well as with all three federal tiers of government. Ms Ramanathan leads Janaagraha’s innovations in technology for greater government accountability and citizen participation. She has received international recognition for ipaidabribe.com on retail corruption; and ichangemycity.com on hyper local citizen participation, most recently winning Google’s Global Impact Challenge, 2013.

Ms Ramanathan is also Chairperson of Jana Urban Space Foundation, commited to improving urban planning and urban design in India’s cities. Ms Ramanathan was honored by the Government of Rajasthan with the Rajyotsava Puraskar – Rajasthan’s highest civilian award – for her work on the Jaipur 2025 Master plan. She has prepared the National Urban Spatial Planning and Development (NUSPD) 2013 Guidelines, for planning India’s cities, at the behest of the Ministry of Urban Development, and the Planning Commission, Government of India. These Guidelines will be linked to the reforms required by Indian States under Government of India’s largest urban mission – Jawaharlal Nehru National Urban Reforms Mission-II. Ms Ramanathan’s work on Urban Design standards for city roads have been accepted as the desired standards by the state of Karnataka (Tender SURE – Specifications for Urban Road Execution).  Ms. Ramanathan holds a BS from India and an MS from Pratt Institute, N.Y., and she frequently publishes and writes.

Swati and Ramesh Ramanathan are research partners of Center faculty and have visited the Center in the fall of 2015, 2016, and 2017.