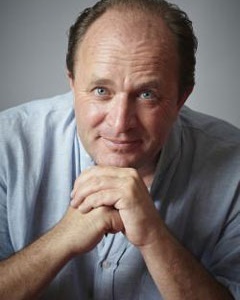 In 2002, Dalrymple was awarded the Mungo Park Medal by the Royal Scottish Geographical Society for his "outstanding contribution to travel literature". He received the Sykes Medal in 2005 from the Royal Society for Asian Affairs for his contribution "to understanding contemporary Islam." In March 2008, he won the James Todd Memorial Prize and in 2011, was awarded the Media Citizen Puraskar by the Indian Confederation of NGOs for emphasizing as an author issues of global importance and concern. In December 2005 his article on the madrasas of Pakistan was awarded the prize for Best Print Article of the Year at the 2005 Foreign Press Association Media Awards.

Tuesday, April 28, 2015 | The East India Company: The original corporate Raiders
Friday, May 1, 2015 | Afganistan: Return of a King, Redux The lessons of a 19th century catastrophe