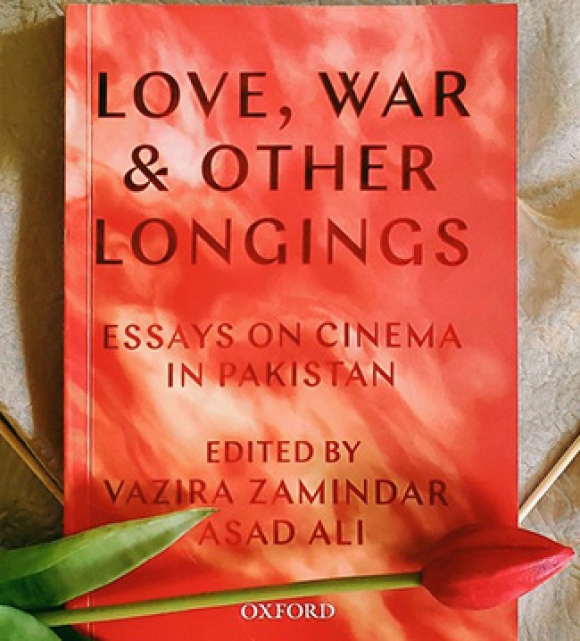 On December 29, 2020, Love, War, and Other Longings: Essays on Cinema in Pakistan, a new book by Vazira Zamindar and co-author, Asad Ali will be published by Oxford Univdersity Press. The book was recently highlighted in South Asia Magazine. Read the full review.

Has there been a 'revival' of Pakistani cinema? Or can the very question be put to scrutiny? Can we think beyond a national cinema, and instead simply think with films to explore the fraught politics and aspirations of our times? Love, War & Other Longings brings together historians,
anthropologists, artists, and film-makers to offer new lines of enquiry that probe the tensions between cinema's past and present, absences and the archive, seduction and respectability, class and consumption, as well as genre and censorship. At times experimental in form, the essays seek to draw
readers into conversations that engage political theory and postcolonial history, and become part of ongoing writing, thinking, and the making of films in Pakistan and the global south more broadly.