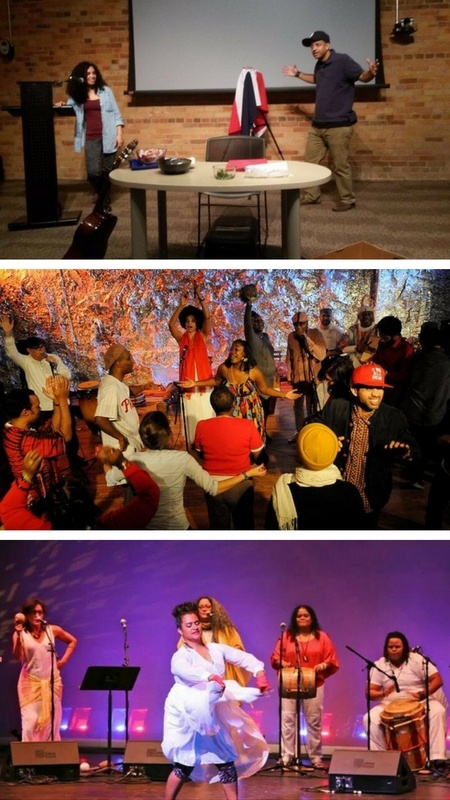 The performances are part of a curated series titled “Caribe Negro” that engages in and utilizes performance and music to examine the interwoven dynamics of race and national construction in the making of the Spanish-speaking Caribbean. These events ask us to look at the Spanish Caribbean as a site of constant negotiation, exchange, movement and struggle to carve out spaces for Black communities and to interrogate the on-going centrality of race in these island nations and its diaspora. The events will further expand conversations and humanities scholarship on Blackness in the Spanish Caribbean engaging these alternative histories through performance, music and theatre.

A gripping solo written and performed by Edward Paulino about a working-class Dominican-American college student who stumbles upon a document describing a long-forgotten genocide against Haitians by Dominicans known as the 1937 Haitian Massacre, el Corte, and temwayaj kout kouto. This discovery and subsequent self-reflection sets him on an inescapable collision course with his romanticized notion of what it means to be Dominican in the Diaspora. More Information / Facebook Event Page

Legacy Women is an all-women’s traditional musical group rooted in Afro-Dominican and Afro-Puerto Rican traditions. They are the next generation of NYC’s most gifted drummers, singers, and dancers of Afro-Caribbean music,including Palos, Congos, Salves, Bomba and other Afro-Indigenous roots music of the Caribbean.The group makes music that celebrates the fiery, nurturing, defiant, yet wise touch that mujeres (women) have. Featuring original and traditional songs, their sultry and booming vocals, precision drumming and expressive dances encourages everyone to enjoy! More Information / Facebook Event Page