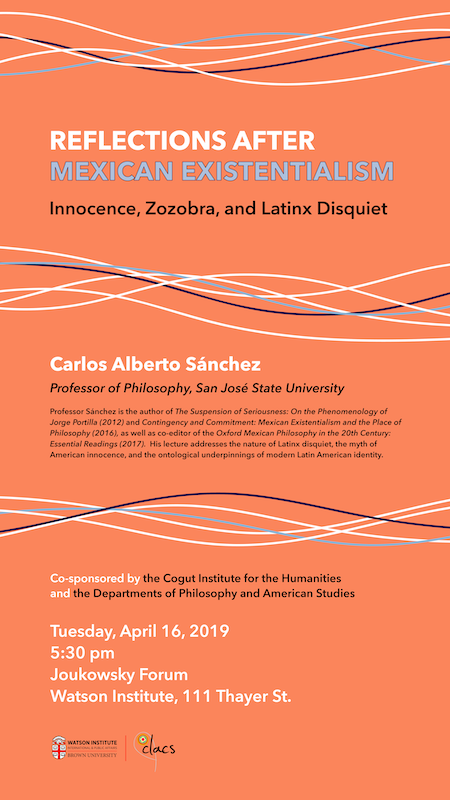 Carlos Alberto Sánchez is a professor of philosophy at San Jose State University. His research deals primarily with Latin American philosophy and Hispanics/Latinos in the US. More specifically, in 2012 he published a book that explores the phenomenology of the Mexican philosopher Jorge Portilla, The Suspension of Seriousness: On the Phenomenology of Jorge Portilla; a more recent book treats of Mexican existentialism more generally Contingency and Commitment: Mexican Existentialisma and the Place of Philosophy; papers in progress, forthcoming, or under review deal with issues in the philosophy of immigration, Latin American philosophy, post-modern conceptions of truth and subjectivity, the work of the Spanish philosopher Jose Ortega y Gasset, and (with several colleagues in other institutions) the possibility of a Mexican-American philosophy (in some instances, these interest intersect).