Christopher Morehart – Biological Diversity and the State: Paleoethnobotanical Considerations on the Body Politic 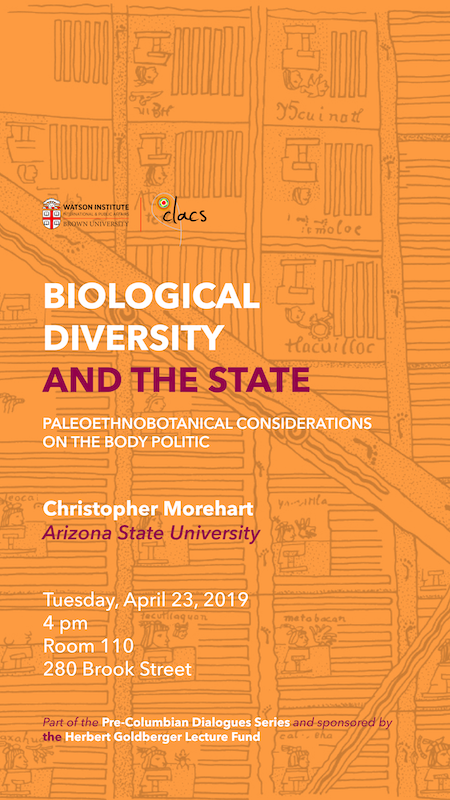 This event is part of the Pre-Columbian Dialogues Series and is made possible by the Herbert Goldberger Lecture Fund.

Christopher Morehart is an environmental anthropologist, an ethnobotanist/paleoethnobotanist, and an archaeologist. One of the best things about anthropology and archaeology is the ability and training to exhibit this kind of flexible pragmatism. Indeed, this characteristic is what drew him to anthropology and is what keeps him there. These interests have led Morehart to tackle a number of social questions at different times and places. Regionally, the vast majority of his work as an anthropological archaeologist occurs in the region scholars call (somewhat arbitrarily) Mesoamerica. Sub-regionally, he has conducted research in the Maya Lowlands of Belize, Yucatan, and Guatemala, and has been working intensively in the Basin of Mexico over the past several years. Conceptually, much of his research centers on questions of inequality and ideology. Morehart has studied the impact of state power on agrarian landscapes, the connection between politics and environmental sustainability, the integration of ritual with politics, community formation in the wake of imperial collapse, the effect of economic circumstances on gender relations, the role of archaeological narratives in contemporary identity politics, and many other important anthropological issues.