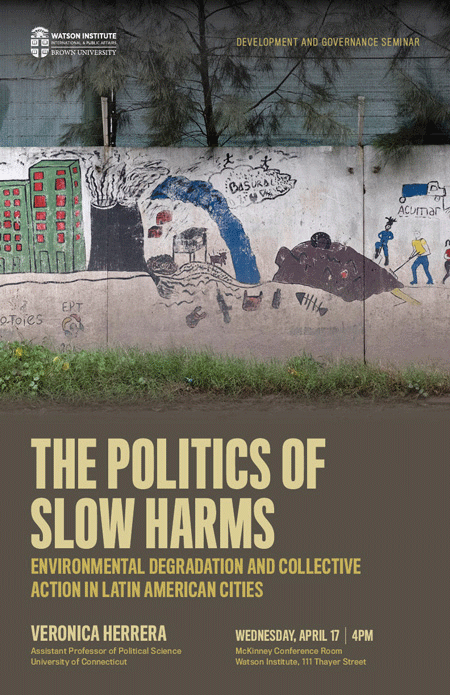 Veronica Herrera is an assistant professor of political science at the University of Connecticut. She received her PhD in political science from the University of California, Berkeley and her BA from Swarthmore College. She studies comparative urban and subnational politics and environmental policymaking, with a focus on Latin America. She is the author of Water and Politics: Clientelism and Reform in Urban Mexico (University of Michigan Press, 2017). At the University of Connecticut, Professor Herrera teaches courses on Latin American politics, water and environmental politics, urban politics and policymaking, and qualitative research methods.