CLACS is pleased to announce the visits of two Latin American scholars later this month. Juan Pablo Luna, from Chile, and Sebastián Etchemendy, from Argentina, will be participating in conferences and events at Brown throughout April and May. Luna is this semester’s Sarmiento Visiting Scholar of Latin American Studies. Etchemendy is a resident of Brown’s Graduate Program in Development and CLACS.

Juan Pablo Luna is a Professor of Political Science at the Catholic University of Chile. Professor Luna has completed residencies at Princeton University’s Woodrow Wilson Center, the University of Salamanca, Brown University, and Harvard University. He is currently the coordinator of the Chile Latin American Public Opinion Project Survey at Vanderbilt University. His research interests include political party systems, political representation, and the political effects of inequality and status. 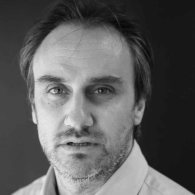 Sebastián Etchemendy is an Associate Professor of Political Science and International Studies at Torcuato Di Tella University in Argentina. He has worked as a Visiting Assistant Professor of Political Science at Stanford University. His research interests include neoliberalism in historical perspective and comparative political economy in Argentina, Chile, and Spain.

Don’t miss the talks Etchemendy will give at the Watson Institute later this month: