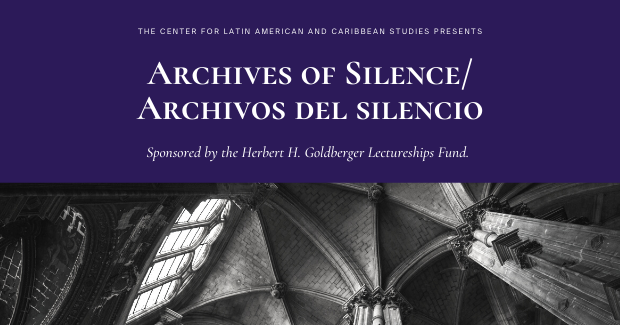 At a unique historical moment in which we are building the global archive of the COVID-19 pandemic, there is a need to assemble and organize critical ideas that shape our relationship to the meaning and the future of archives. Many Latin American and Caribbean countries suffered from authoritarianism and state violence, genocides, and racism during the 20th and 21st centuries and have managed to preserve the memory of those experiences and maintain the collective awareness of these traumatic events in national archives. Examples include the Historical Archive of the National Police in Guatemala, the Museum of Memory and Human Rights in Chile, and the Memorial Museum in Argentina. Artists and writers have also gathered more informal, although equally sensitive, archives, such as Réquiem NN by Colombian photographer Juan Manuel Echavarría, Human Matter by Guatemalan novelist Rodrigo Rey Rosa, and, more recently, The Lost Children Archive by Mexican writer Valeria Luiselli.

In an effort to facilitate cross-disciplinary conversations about the present and future archives of recent and contemporary Latin American and Caribbean history, the Center for Latin American and Caribbean Studies has developed a lecture series entitled Archives of Silence/Archivos del silencio. As the title suggests, the series will address several critical issues related to the constitution and preservation of archives, including censorship, anonymity, sensitivity, and the materiality or immateriality of the archive itself. The series will focus on the experience of the COVID-19 pandemic in historical context, as well as concurrent phenomena that emerge in or around silence, such as the erasure of indigenous communities, domestic violence during the pandemic, and the repression of political protest throughout the Americas during this period of exception. We will also explore silenced and untold stories, such as those of Latin American deportees/returnees, members of LGBTQIA communities, the victims of police violence, and members of ethnic minorities.

The series will feature the participation of scholars, writers, museographers, and artists (photographs, filmmakers, and podcast producers) who will engage students, faculty, and other members of the Brown community, the local and the international community around this challenging topic as it relates to Latin America and the Caribbean.

The first few lectureship events have been posted on the CLACS Events page, and information about events ocurring later in the semester will follow.

Please join us for the following virtual lectures:

We have also scheduled the following hybrid event:

Please be sure to check back for updated information in the coming weeks!