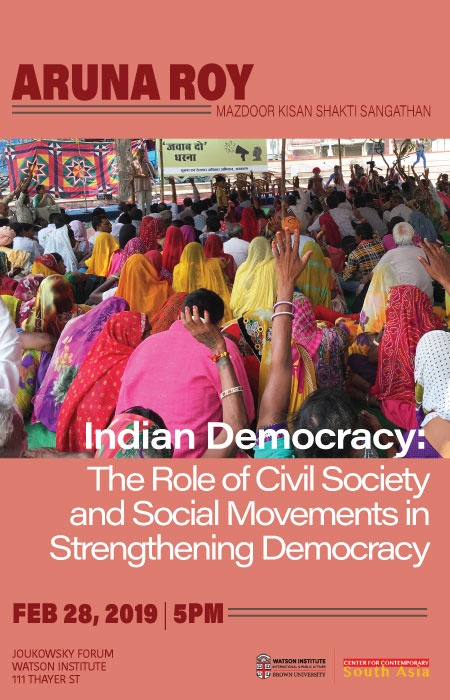 ARUNA ROY is a well-known social and political activist. A former Indian Administrative Service officer, she resigned from the IAS in 1975 and has since worked with the most oppressed in society. Aruna Roy’s observation on government service is indicative of her future concerns: “Everyone calls it an elite service; I always felt the discourse should be a bit better than what it was. I was shocked to find people boasting about their ‘achievements’ in corruption. I realised that if I remained in the system, I would have to oppose it without any assurance of support from colleagues or success. I preferred to leave.”