Arvind Subramanian & Raghuram Rajan (Discussant) – Is the Indian Economy Back? 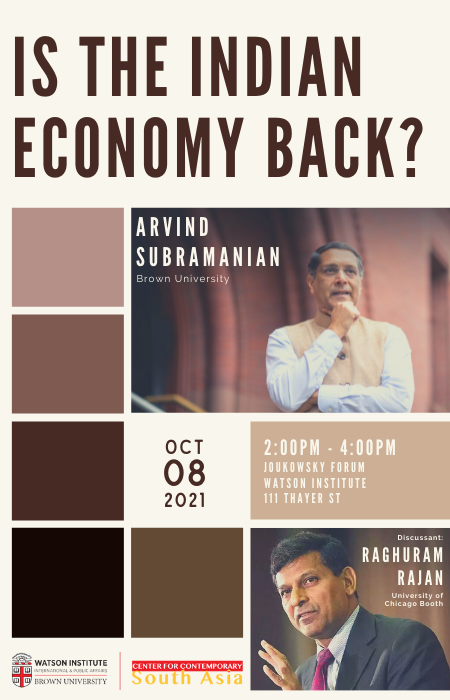 Arvind Subramanian is a Senior Fellow at the Watson Instititue and Center for Contemporary South Asia. Formerly, he was professor of economics at Ashoka University and founding director of the Ashoka Center for Economic Policy (ACEP). He is also a non-resident senior fellow at the Peterson Institute for International Economics (PIIE). He was chief economic adviser to the Government of India between 2014 and 2018. Previously, he was a visiting lecturer at the Harvard Kennedy School. Professor Subramanian’s areas of interest include global development and the global economic, financial and trading systems.