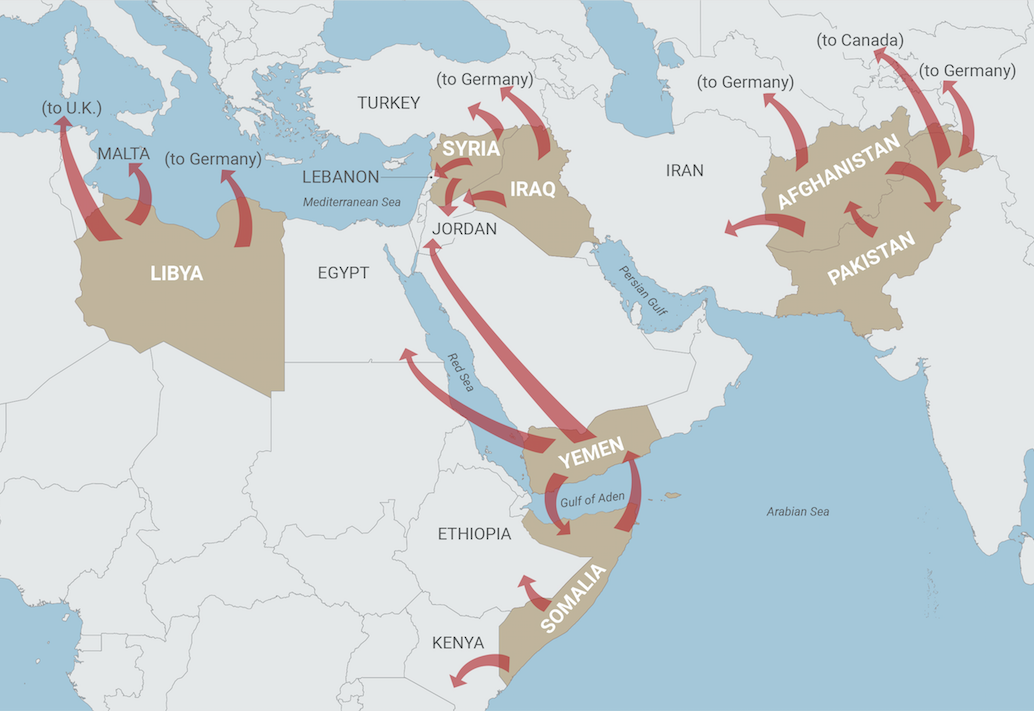 The U.S. post-9/11 wars have displaced at least 38 million people in and from Afghanistan, Iraq, Pakistan, Yemen, Somalia, the Philippines, Libya, and Syria.

Violence has been the major factor in involuntary population movements among Afghans. Since 2001, 5.9 million Afghans have either been displaced internally or have fled the country, primarily to Pakistan and Iran where they face an uncertain political situation. Iranian officials, for example, deport thousands of undocumented Afghans without allowing them the opportunity to demonstrate a legal right to remain in Iran, or to lodge an asylum application.

When Afghan refugees do repatriate, they return to a country that remains plagued by war, poverty, and lawlessness. A December 2020 United Nations report revealed that “nearly half of Afghan children face acute malnutrition.” Access to health care remains very limited, with a portion of the population lacking access to even basic healthcare services. In areas where fighting continues, militants lack respect for the neutrality of health care facilities, making visiting these facilities dangerous.

The Great Deception: Only Democratic Delusions for Afghans