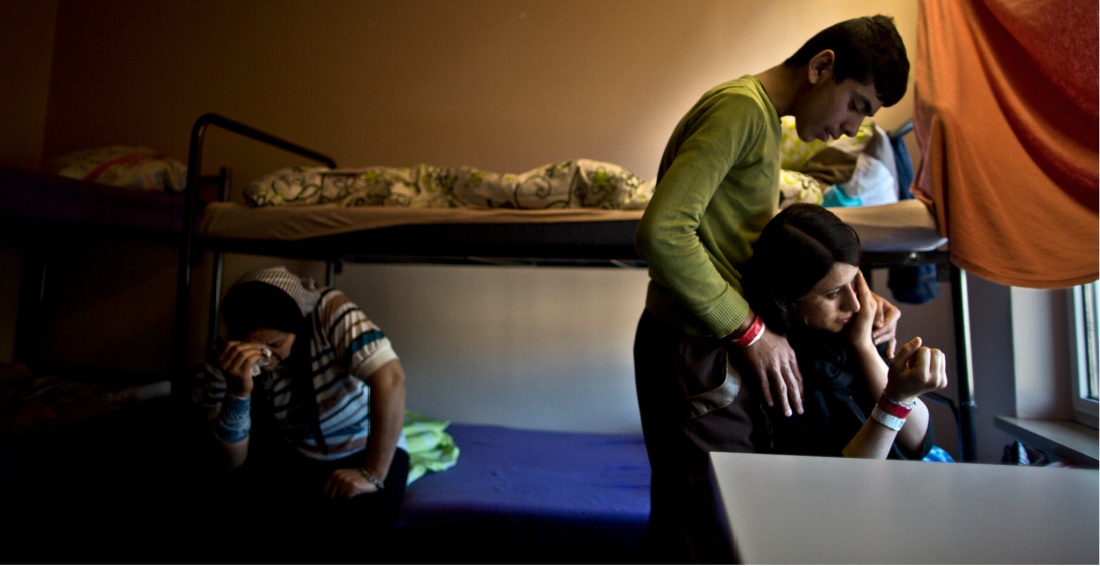 In this 2015 photo, a refugee from Iraq is comforted by her brother. (AP Photo/Muhammed Muheisen)

As of 2021, 9.2 million Iraqis are internally displaced or refugees abroad.

The refugee crisis has impacted both Iraqis who fled and the communities that they left behind. Engineers, artists, lawyers, academics, doctors, and other professionals were among the first to escape the war. This migration dismantled many of Iraq's cultural institutions and stripped it of the services that middle class professionals provide.

According to the Iraqi Medical Association, approximately half of Iraq's registered doctors fled the country in the years immediately following the 2003 invasion. Where once Iraq had among the region’s best health care system and health indicators, the current patient-doctor ratio puts it significantly behind neighboring countries.

Meanwhile, crucial health indicators in Iraq have worsened since the US invasion, and even before that, since the 1990s, when the US imposed economic sanctions that were devastating for the Iraqi people. The infant mortality rate increased 150 percent from 1990 to 2005. The World Health Organization estimated that 70 percent of Iraqis lack access to clean water and 80 percent lack sanitation, conditions leading to cholera epidemics. The lack of clean water and sanitation are particular concerns among Iraqi internally displaced persons (IDPs), many of whom live in informal settlements.

War and the Costs of Medical Travel for Iraqis in Lebanon