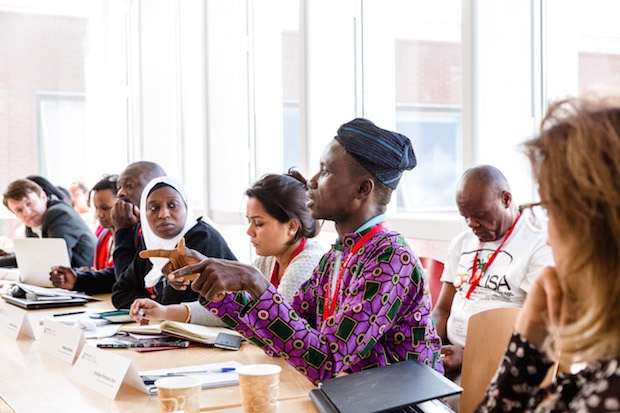 Co-convened by faculty from the departments of Economics and Political Science, this institute offered participants a thorough exploration of the conceptual and theoretical foundations of scholarship that connects conflict, inequality, and ethnicity. Best practices in comparative and interdisciplinary research design, implementation, and exposition were explored, with a particular focus on the dilemmas of doing justice to context-specific data while producing generalizable insights. Lectures and workshops led by distinguished guest faculty constituted the core of this institute, supplemented by participants’ individual research presentations, and panel discussions on pressing contemporary cases in line with participants’ expertise and interests.

Glenn Loury is a Watson Institute Faculty Fellow and Professof of Economics at Brown University. An academic economist, Professor Loury has published mainly in the areas of applied microeconomic theory, game theory, industrial organization, natural resource economics, and the economics of race and inequality. He is a fellow of the American Academy of Arts and Sciences and of the Econometric Society and a member of the American Philosophical Society.

Ashutosh Varshney is Sol Goldman Professor of International Studies and the Social Sciences at Brown University, where he also directs the Brown-India Initiative. Previously, he taught at Harvard and the University of Michigan, Ann Arbor. His books include Ethnic Conflict and Civic Life: Hindus and Muslims in India; Democracy, Development and the Countryside: Urban-Rural Struggles in India; India in the Era of Economic Reforms; Midnight's Diaspora; Collective Violence in Indonesia; and Battles Half Won: India's Improbable Democracy. His academic articles have appeared in the leading journals of political science and development.

Patricia Agupusi is a postdoctoral fellow at the Watson Institute for International Studies. She was previously a research fellow at Brown's Population Studies and Training Center (PSTC) and a GPD visiting scholar at the Watson Institute. She obtained her PhD in international development from the University of East Anglia, Norwich, UK, with back in philosophy, international economics and law. Before coming to Brown she was a tutor and researcher at the University of East Anglia and was a visiting fellow at Wits University in South Africa.