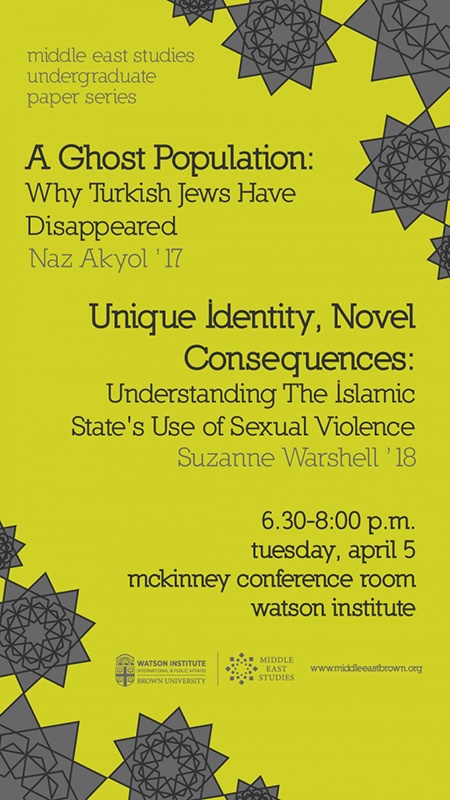 “A Ghost Population: Why Turkish Jews Have Disappeared”

Description: The current prevailing notion across Turkey is that Turkish Jews are no longer relevant to the country’s political and social landscape. Rather than deliberately overlooking the presence of Turkish Jews, this understanding largely reflects their declining public presence and rescinding influence. Through a brief ethnography of Jewish presence in the Ottoman Empire and later in the Turkish Republic, this paper aims to explore the relationship between the state and the majority ethnic and religious population to Turkish Jews.

Description: ISIS’ campaign of systematic sexual violence merits a critical examination of both the violence itself and its context in the greater international community. While neither the ideology nor practice of ISIS’ sexual violence is entirely novel, their combination — enabled by their straddling of terrorist organization and state — is. By examining ISIS’ ideology and goals and comparing them to other state and non-state actors, we can better understand and address their use of sexual violence.