Film | The Making of "Lissa" 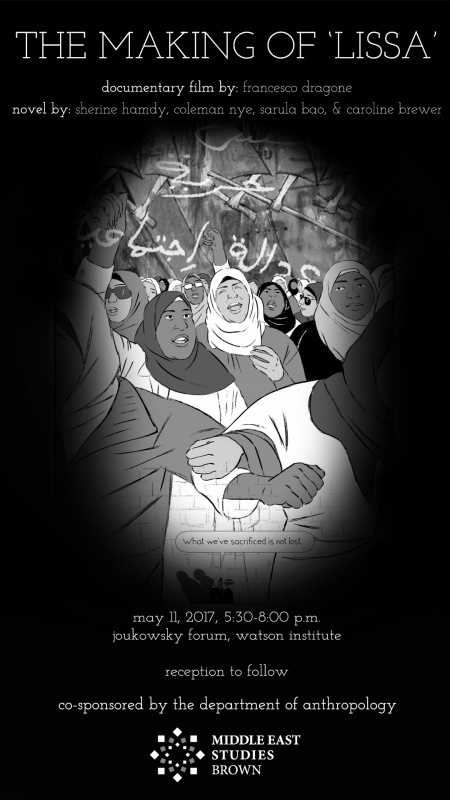 Registration is open and is required. Please click here to register.

Middle East Studies presents a screening of the documentary film "The Making of 'Lissa,'" directed by Francesco Dragone. The film documents a project that set out to translate scholarship in medical anthropology and bioethics into a graphic novel, called "Lissa," which is Egyptian Arabic for "Not Yet" or "There is Still Time." Sherine Hamdy, Associate Professor of Anthropology at Brown University, co-authored the book, which is set in Cairo, Egypt against the backdrop of the Arab spring. The book Lissa will be released October 1, 2017 by the University of Toronto Press, alongside a digital website that will host this documentary. Hamdy and director Dragone will discuss the process of combining scholarship and comics, and the making of the film, after the screening.