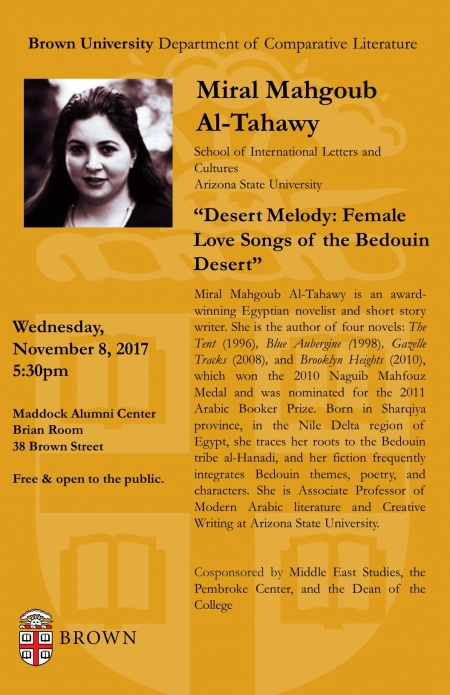 Miral Mahgoub Al-Tahawy is an award winning Egyptian novelist and short story writer. She is the author of four novels: The Tent (1996), Blue Aubergine (1998), Gazelle Tracks (2008), and Brooklyn Heights (2010), which won the 2010 Naguib Mahfouz Medal and was nominated for the 2011 Arabic Booker Prize. Born in Sharqiya province, in the Nile Delta region of Egypt, she traces her roots to the Bedouin al-Hanadi, and her fiction frequently integrates Bedouin themes, poetry, and characters.

A Department of Comparative Literature Event
Cosponsorsed by Middle East Studies, the Dean of the College, and the Pembroke Center.