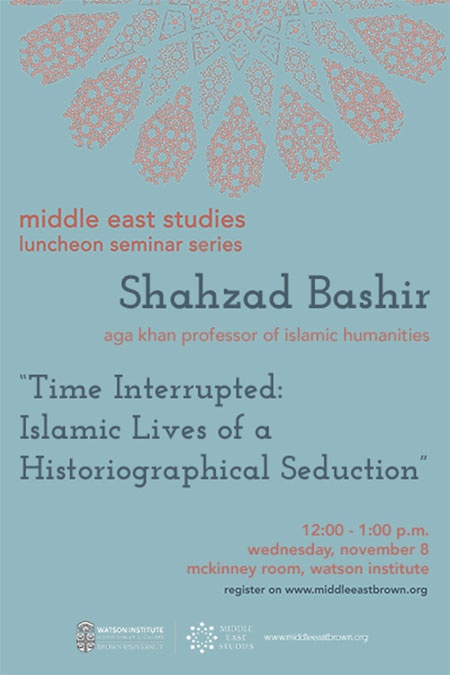 Registration is at capacity.
MES will hold space and lunches until 12:00 p.m. after which seminar seating and lunches will be opened up to those on stand-by.

Abstract: Most forms of historical representation divide the past into periods separated by transformative events. Although attributed to past societies, such events are selected by historians and are critical points of orientation within the narratives they create. This presentation examines the working of this process in the articulation of Islam by comparing historiographical production originating in three contexts: the modern understanding of Islamic history as created by Europeans in the nineteenth century; Persian narratives from the fourteenth century that depict the arrival of the Mongols in Central Asia and the Middle East a century earlier; and Arabic works from the tenth century that depict the rise of Islam. The ultimate point is to show the significance of historiographical positioning in generating varying understandings of Islam.

Bio: Shahzad Bashir is Aga Khan Professor of Islamic Humanities in the department of Religious Studies at Brown. He specializes in the intellectual and social history of Iran and Central and South Asia and is currently finishing a book entitled Islamic Pasts and Futures: Conceptual Explorations that proposes new ways for making Islam an object of historical inquiry.