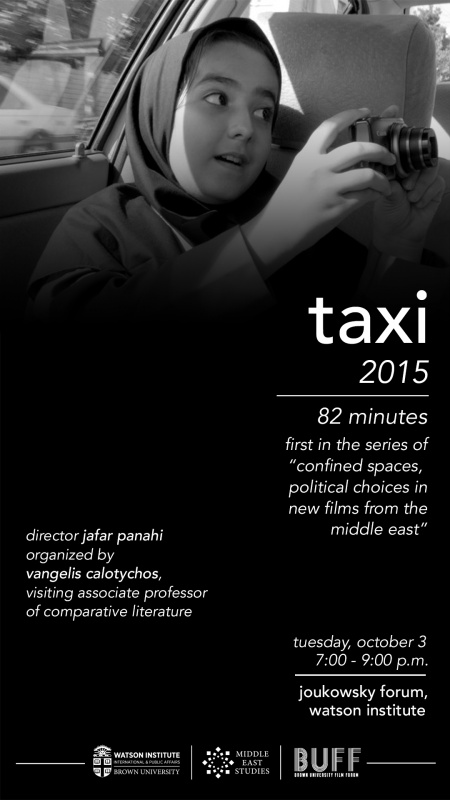 Taxi, also known as Taxi Tehran, is a 2015 Iranian docufiction starring and directed by Jafar Panahi. The film premiered in competition at the 65th Berlin International Film Festival where it won the Golden Bear and the FIPRESCI Prize. In 2010, Panahi was banned from making films and travelling, so his niece Hana Saeidi, who also appears in the film, collected the award on his behalf.