Workshop on Displacement and the Making of the Modern World 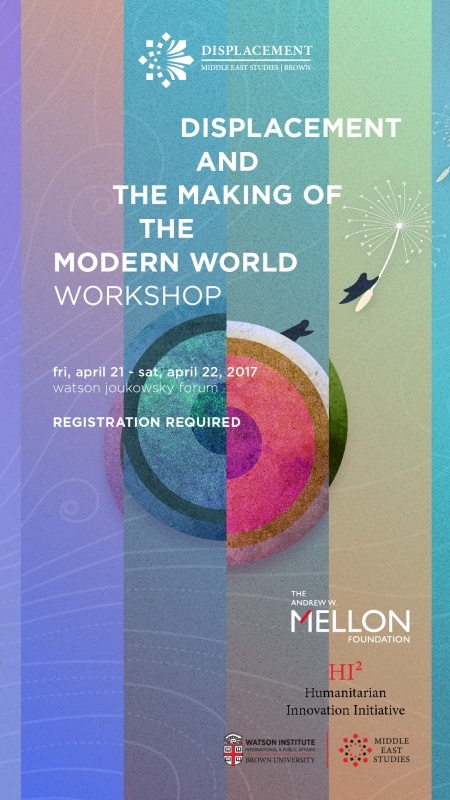 The modern world can be seen as a triumph of enlightenment thought, of scientific progress, and of collective endeavor for the betterment of human kind. The modern world is also a result of massive displacement of populations, a phenomenon that is historically unprecedented in scale, violence, and longevity. This phenomenon began with the “discovery” of the New World and the near eradication of its inhabitants who constituted roughly a third of the world’s population in 1500. This seismic encounter unleashed waves of displacements across the globe over the next few centuries powered by European colonial expansion, the slave trade, the creation of new ecological environments through the exchange of plants and microbes, introduction of new agricultural systems, and the dislocations of industrialization. The encounter also shaped core knowledge regimes and generated classificatory categories about the human, society, economy, and nature that informed political cultures and social relations.

During the Twentieth century, systematic forced displacement through ethnic cleansing and genocide reached an industrial scale as states engaged in world wars, imposed partition plans, ruthlessly engineered societies, and undertook large-scale infrastructural projects such as dams and mines. Climate change as well as the construction of vast systems of barriers and surveillance to control the movement of undesirable persons along the seams of national, ethnic, sectarian, and class boundaries are creating new forms of displacement whose consequences are as of yet not clear. Contested claims over resources and transformation of social values too have played their role in the forced movement of people.

These themes suggest that displacement can best understood as a long-term generative process that is fundamental to the very structures of modernity – to its political forms, to its institutions, to its advances in science and technology, and to its literary and aesthetic experience.

The central aim of this conference -- as the flagship event in the 2016-2017 Sawyer Seminar -- is to engage an interdisciplinary commons, informed by the approaches and concerns of displacement in the humanities and interpretive social sciences. Specifically, this occurs under three overarching themes that invite disparate studies of displacement into a single intellectual arena that can be generative of new lines of inquiry:

We invite you to join us at the 2017 Conference, "Displacement and the Making of the Modern World" on April 21-22 at Brown University.