Department of Egyptology and Assyriology Workshop – Rethinking the Origins: the Departure of Ancient Egyptian as a Branch from the Afroasiatic Family? 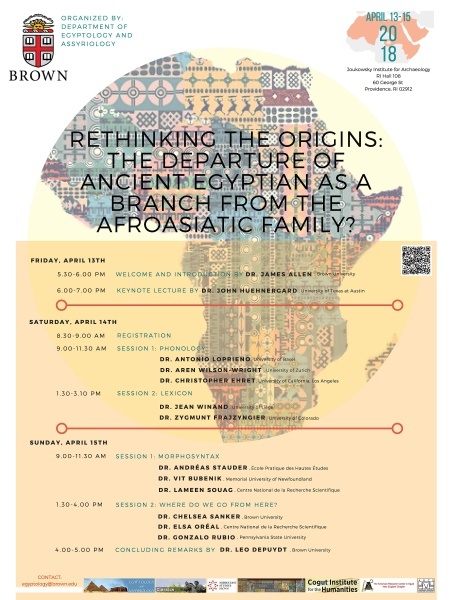 If you would like to attend this event, we would appreciate it if you registered for the workshop by sending an email with your name and dietary restrictions to egyptology@brown.edu by April 10, 2018 at the latest.