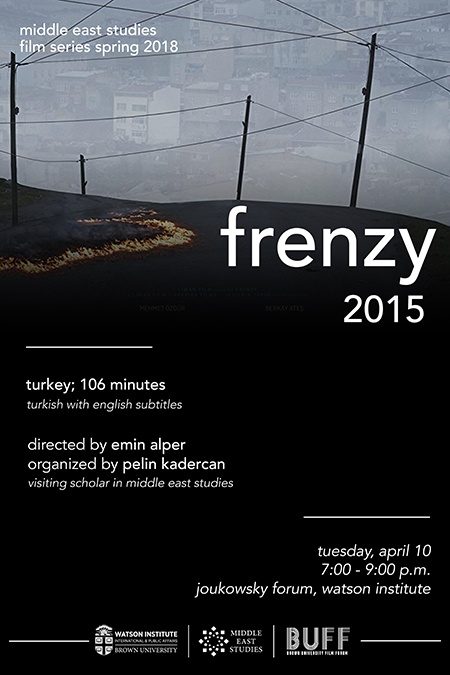 Abluka (Turkish for ‘frenzy’) is described by the director Emin Alper as a warning about the fragility of democracy. Through the story of two brothers, Kabir and Ahmed, the film explores themes of paranoia engendered by the socio-political fear of terrorism and state-sponsored distrust of institutions of government.

Emin Alper was born in 1974. He was trained in economics and history and holds a Ph.D in Modern Turkish History from Bogazici University. His first feature, ‘Beyond the Hill’ (2012), received numerous awards, including the Caligari Film Prize from the Berlin International Film Festival; it was named Best Film in the Asia Pacific Screen Awards. He teaches in the Humanities and Social Sciences Department at Istanbul Technical University.