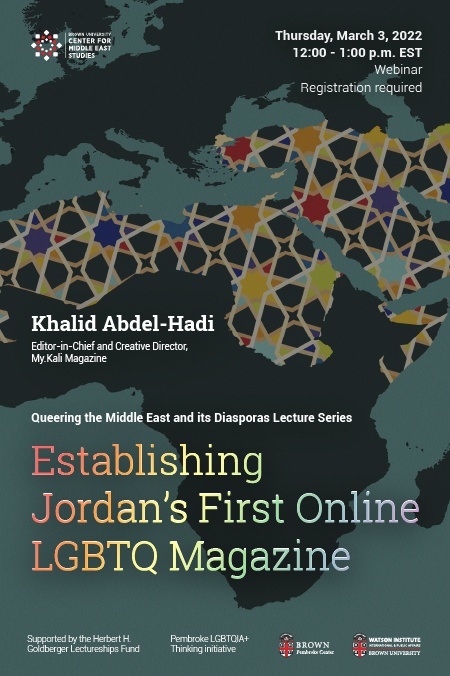 Jordanian Palestinian Khalid Abdel-Hadi is a visual artist, activist, and founder of My.Kali magazine, a MENA-region, conceptual, queer/feminist/intersectional webzine launched in 2007. Khalid has graduated from several regional and international programs including the Swedish Institute’s Young Leaders Visitors Program (2014), took part in the Human Rights Watch "No Longer Alone" campaign, was listed on Guardian’s LGBT Change Heroes of 2017, and has been featured by many artists, journalists, and documentaries internationally. Among Khalid's publications include an open letter for the tenth anniversary of My.Kali, 10 Years of a Public Fight (2018), a report on the Digital Threats and Opportunities for LGBT Activists in Jordan (2016). Currently, Khalid is editor-in-chief and creative director of My.Kali, and is working to raise awareness and visibility towards the issues and victories of the regional queer and feminist community.