Under the supervision of Lisa DiCarlo, professor of sociology, Lara is writing her capstone on the Saturday Mothers, a women-led movement protesting the enforced disappearance of more than 1,000 Kurdish men following the 1980 military coup in Turkey. In particular, she is analyzing the use and utility of the discourse of motherhood and seeks to interrogate the seeming tension between motherhood and radical activism. Thanks to the MES award, Lara traveled to Istanbul, where she was able to attend two Saturday vigils and to speak with a number of participants. In addition, she conducted a series of interviews with human rights activists and scholars.

Max used the 2014-2015 MES research grant to travel to Israel and the Palestinian territories. Under the guidance of Mellon postdoctoral fellow Nicola Perugini and Professor Beshara Doumani, Max is writing a senior thesis on how ordinary Palestinians interact and acquire Hebrew speaking skills. Specifically, Max is focusing on Hebrew language acquisition vis-a-vis the jail cell, where an estimated 40% of Palestinian men have spent some time in Israeli detention since 1967. In January 2015, Max conducted fieldwork and interviews in Ramallah and Bethlehem, meeting with former Palestinian prisoners, labor migrants, a Haaretz journalist, and NGO staffers.

Middle East Studies is pleased to announce the recipients of the 2015 Spring Research Travel Awards. 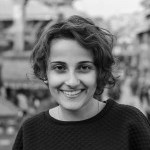 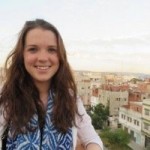 uba Aleryani ’16 and Katherine Pollock ’16 have received the Undergraduate Awards.

Ruba Aleryani will use the grant for her project, Living Under Drones. The Living Under Drones project aims to expose the stories of Yemenis living under drones and challenge the notion that drone wars are effective. The project will entail the creation of a website that raises awareness regarding the issue through visual representations of data. 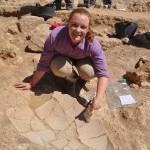 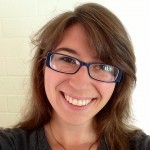 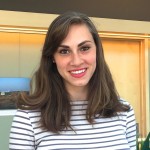 Through the Middle East Studies Travel Grant, Emily Booker will be conducting independent research at the Cyprus American Archaeological Research Institute in Nicosia, Cyprus, as well as conducting archaeological field survey at Tell Tayinat, near Hatay, Turkey. Her research focuses on local reactions and adaptations to foreign power from the Late Bronze to Early Iron Ages as seen through changes in local architecture and material culture.

Julia Gettle‘s current project attempts to craft a social biography of a prominent Lebanese midwife that explores themes of social authority and community definition in southern Lebanon. With the support of the MES grant, Julia traveled to Tyre to conduct a series of oral histories and attend a trio of events honoring the midwife in question.

Sara Hefny is a first-year graduate student in anthropology and will be using the research travel grant to travel to London for field work with the Arab diaspora on the Edgware Road for her MA thesis. Her research looks at food and food spaces and how they serve as convergence points for multiple generations of migrants to create community.