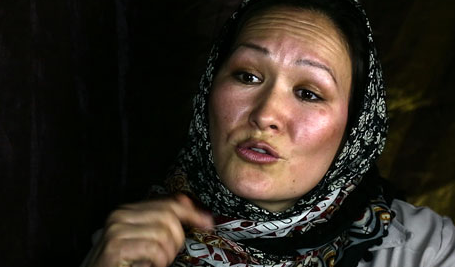 What inspired you early in your life to go against cultural norms and fight for what you believe in? During the Soviet-Afghan War, my family sought refuge in Iran, as did many other Afghans trying to flee violence. It was a very hard time. The Iranian government placed numerous limitations on Afghan refugees. Afghan children were forbidden to attend public schools, were blocked from employment in most cases, and were looked down upon when visiting public areas. The Iranian government made it uncomfortably clear to Afghan refugees that we were not welcome in Iran. As a young girl, I asked my parents why we were treated this way. “Why,” I asked them, “was my father forbidden to work? Why couldn’t my brother travel from one Iranian city to another? Why couldn’t Afghan children go to school like Iranian children?” As a child and young woman, I witnessed widespread discrimination, which my father did his best to help me understand. My father brought me many books on Afghanistan’s history and culture. I would read the books, and then my father and I would discuss them. I was inspired by this. It was the beginning of my drive to learn about people and their civic and political needs and later, to find ways to improve people’s lives. This helped prepare me for facing challenges of ethnic and gender discrimination when I returned to Afghanistan after the fall of the Taliban.