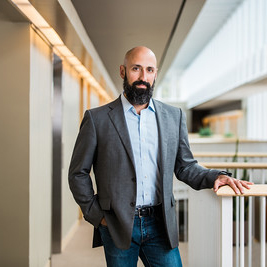 He is a scholar of classical Arabic literature and Islamic intellectual history, and his research focuses primarily on encyclopedic texts in the Islamic world and Europe, the cultural production of the Mamluk Empire, and the problem of the vernacular in different literary traditions. In addition to his scholarship, Muhanna writes frequently about contemporary politics and cultural affairs for the mainstream press. His essays and criticism have appeared in The New York Times, The Nation, The Guardian, Foreign Policy, and other periodicals. He is a contributing writer for NewYorker.com. In 2017-18, he was a Public Engagement Fellow of the Whiting Foundation.